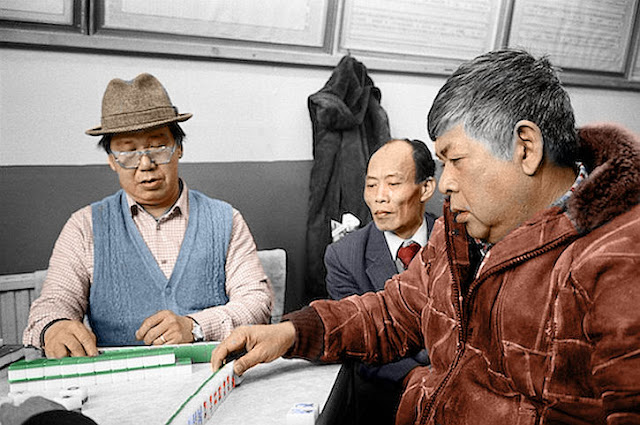 Liverpool's Chinatown is located around Nelson Street. In this picture, Mah Jong is played at the See Yip Association in 1984.  The original picture is by Martin Parr 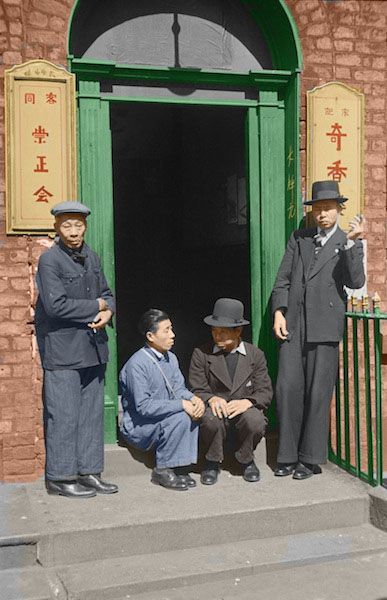 Seamen outside a Chinese hostel, Liverpool in May 1942.

Liverpool hosts the oldest Chinese community in Europe. It can be traced back to 1834 although the influx of immigrants really began in the 1860s when the Blue Funnel shipping line started employing large numbers of Chinese seamen.
Liverpool's Chinatown, originally in the docklands relocated after wartime bombing and is now centred around Nelson Street in the south of the city near Liverpool Cathedral. 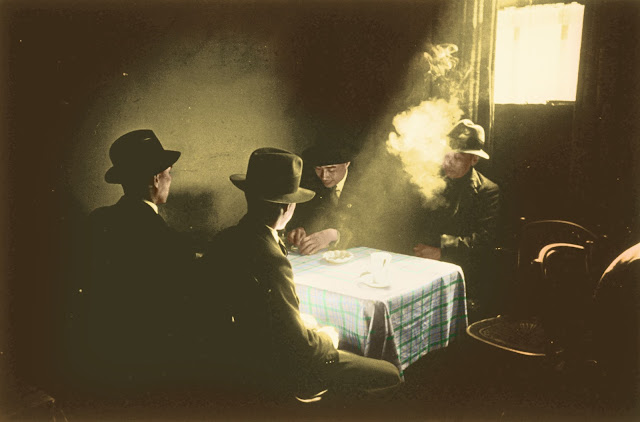 Whiling away time at the hostel in 1942


Liverpool's Chinese community was first located around Cleveland Square and Pitt Street , not far from Albert Dock.  Here were Chinese shops, laundries and cafes. By the 1930s there were around 20,000 Chinese seamen in the city. 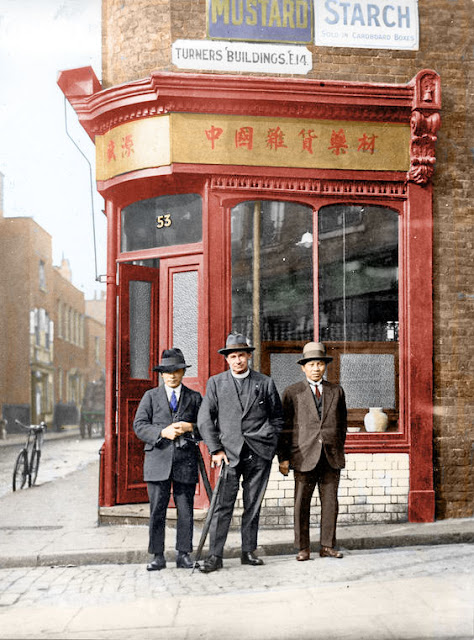 Two Chinese gentlemen pose with an Anglican clergyman in London's Limehouse district c1920.  Behind them is Quong Yuen Sing’s grocery shop at 53, Pennyfields.
This was a community of immigrants from Shanghai a few hundred of whom lived in Pennyfields and Ming Street.  Around Limehouse Causeway lived Cantonese people most of whom settled in this area due to the proximity of the docks, where ships from China berthed.  The population fluctuated and at its peak as many as 4000 Chinese people were living in Limehouse. Street names reflected the area's ethnicity: Mandarin Street, Canton Street, Pekin Street etc.

Wartime bombing and 1950s slum clearance saw the Chinese population move to Soho where there is now a thriving Chinatown.