WOUND UP ABOUT A CLOCK

A Whaley Bridge Councillor last week called "time" on the town clock.
Coun. A. West said at the council meeting that the clock on the Mechanics Institute was neither use nor ornament to the people of Whaley.
When the council meeting started last Wednesday at 7.30 p. m., the clock said it was 4.45. Coun. West didn't know whether it showed Greenwich Mean Time or British Summer Time or what. It's Parish Council Time, one of his fellow councillors quipped.
The Mechanics' Institute Committee should seriously consider pulling it down, Coun. West proposed. 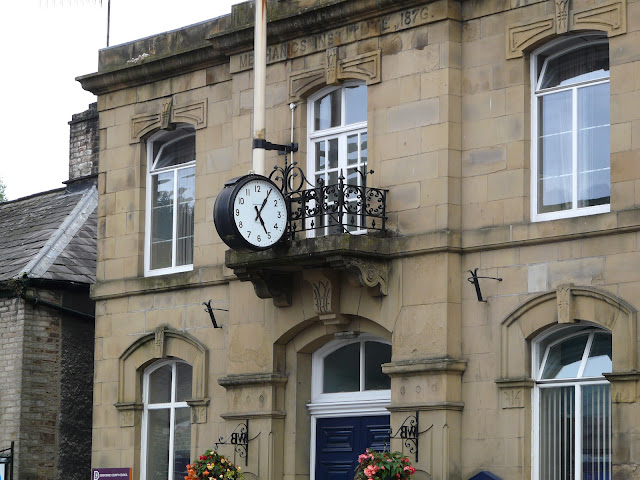 WOUND UP
This really got Coun H. H. Littlewood wound up. He opposed the move, and suggested that if anything, the council should buy a new one. "Even Buxworth and Chinley have a town clock" he said.
The clock is two faced - and a liar as well. Coun R. G. Hartley said it told Turkish Standard Time on one side and Greenland Winter Time on the other. Said Coun. Littlewood: "It's not the clock's fault." He believed it was not the Mechanics' Committee's job to say yes or no on the issue.
Coun. West ruled that that idea was out of order, like the clock.
Posted by Borninaditch at 20:00