Some towers however, are architectural delights, highly decorated, often quite eccentric structures. Many are in rural locations complimented by their surroundings. Water towers are sometimes features of private estates, built to supply domestic water to grand houses.

Having become redundant, some of these buildings have found a new purpose, often converted into highly unusual homes.

For those who are especially enthusiastic about this unusual architecture, there is even a British Watertower Appreciation Society.  Why not explore their blog: http://bwtas.blogspot.co.uk/

Here are a few examples from around the country: 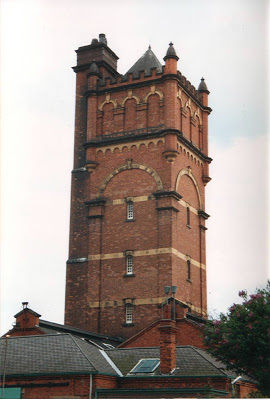 This tower supplied Barnsley Hall Psychiatric Hospital in Bromsgrove. Sadly it was demolished in 2000 after closure of the hospital 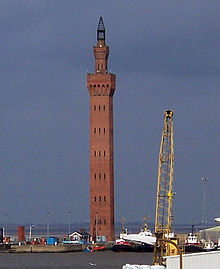 The Grimsby Dock tower supplied water to a hydraulic power station. It was built at a height of 61 metres to provide sufficient pressure to operate the dock gates. 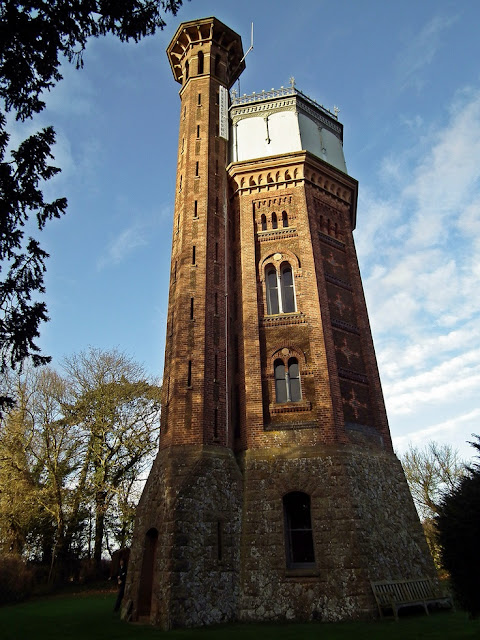 Gracing the Sandringham Estate in Norfolk is the strange looking Appleton Tower. Stay here if you wish for it is now owned by the Landmark Trust who let it as a holiday home. 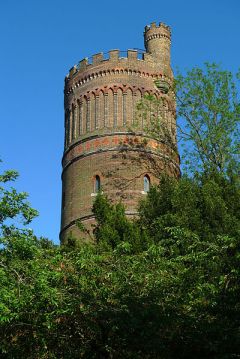 In South London is Croydon's Park Hill Park where a famous water tower stands at the highest point nearby.  Buit in 1867 the tank held 40,000 gallons of drinking water. When still in use, the tower had a public viewing platform; admission one penny. 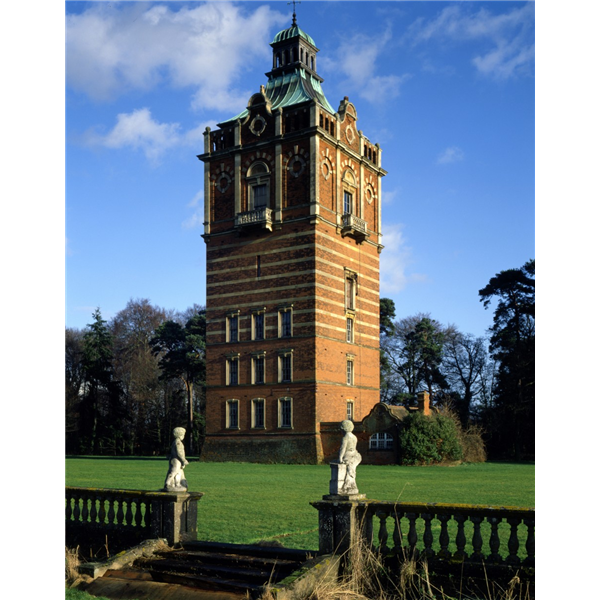 .
Elveden Hall in Suffolk is the seat of the Earls of Iveagh, the Guinness brewing family. The Elveden Estate of 23,000 acres, is one of the largest farms in England. The house is no longer occupied as the Earl lives elsewhere on the estate.
The water tower was built in the late 19th century when the hall and estate were modernised.  It not only supplied the Hall but also the village. Houses in Elvedon still receive water, free of charge, from the tower. 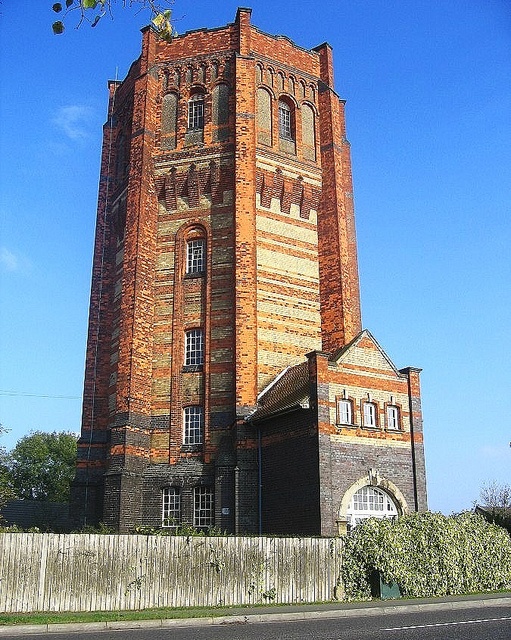 This ecclesiastical looking tower is at Finedon in Northamptonshire. It was built to supply water to the village in 1904. Now in private ownership, it has been converted into a home.
The water tower is not the only structure reaching for the sky in this village.  The Finedon Obelis was built in 1789 to record the blessings of the year one of which was the return to sanity of King George III. 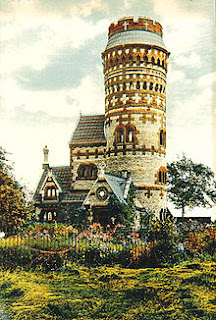 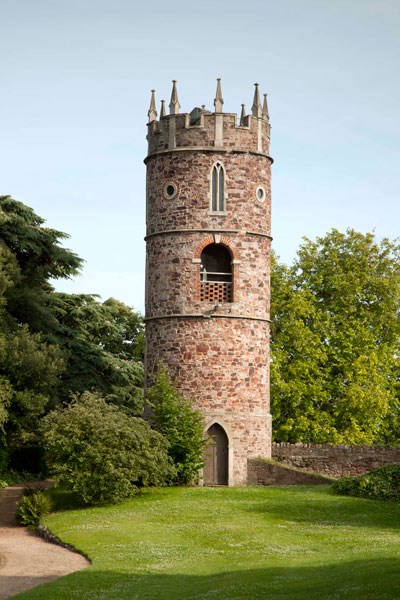 The 17th century Goldney House in Clifton, Bristol was built as the home of Thomas Goldney and now serves as student accommodation for the University of Bristol. The elegant little tower was built in 1764 and housed a steam engine to supply water to a cascade and fountain 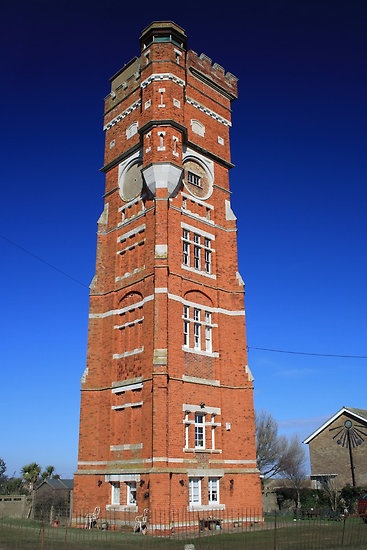 Littlestone Water Tower is at Dungeness in Kent. It was built in 1890 by Henry Tubbs to supply water to his proposed developments. His ambition was to create a major seaside resort at the edge of Romney Marsh. The tower however, did not function well and the water contained too much salt. It soon fell into disuse. The Army gave it a new purpose during World War II when it served as a lookout post. 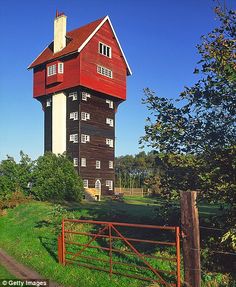 The House in the Clouds is at Thorpeness on the Suffolk coast. It was built in 1923 and disguised with weatherboard cladding to be more in keeping with the architectural style of the village. . Water was supplied from the Thorpeness Windmill which was converted at the time to pump water instead of grinding corn. The building now offers holiday accommodation with five bedrooms and a great view. 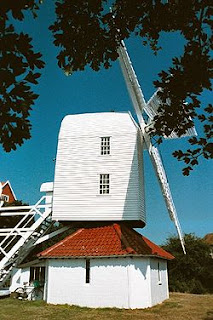