Inside the Warsaw Ghetto 1941

By November of 1940, all Jewish residents of Warsaw were ordered to re-locate to the enclosed ghetto in the Polish capital. It became home to nearly half a million people who were forbidden to leave. The penalty for escape or for aiding the population was death.
Accommodation was extremely crowded, on average, 10 people occupied a single room. Those people who were re-located from other parts of the city could only bring with them a minimum of possessions and often lived in extreme poverty. There was little employment and people resorted to street trading and sometimes smuggling.
Food supplies were limited by the German occupiers to an absolute minimum and many people were to die of starvation and from disease which was rife.
These photographs were taken in 1941 by Willy Georgin who was issued with a pass to enter the ghetto in order to record what he saw. Although his last film was confiscated by German police, he managed to smuggle a number of reels out of the Ghetto.
The original monochrome photos have been digitally colourised. 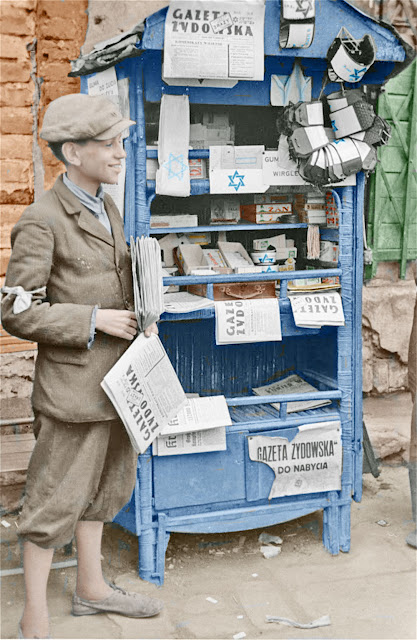 A young boy sells newspapers fom a street stand. All residents were required to wear an armband bearing the Star of David. A number of these are on sale. 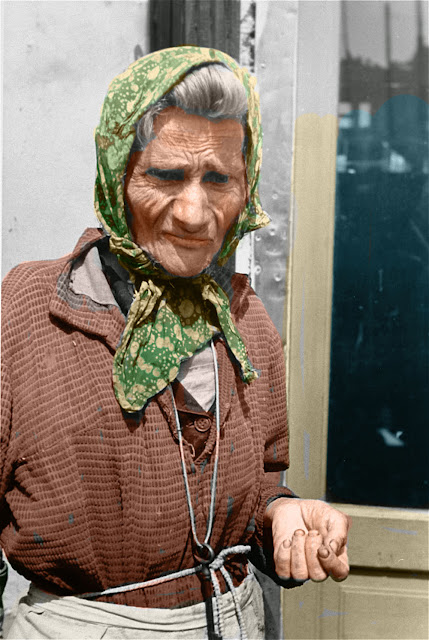 An elderley resident poses for the camera 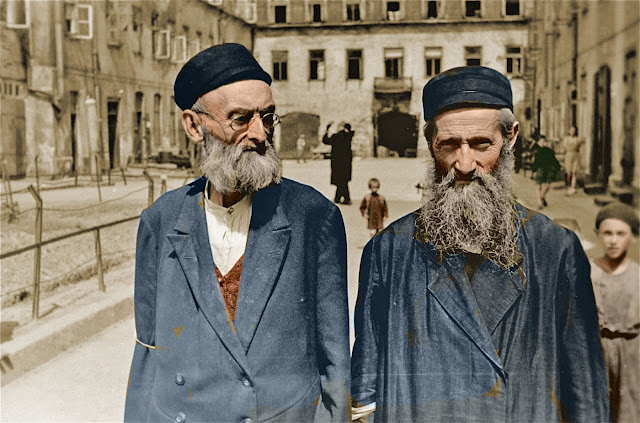 Two gentlemen cross a courtyard while children look on,  fascinated by the cameraman 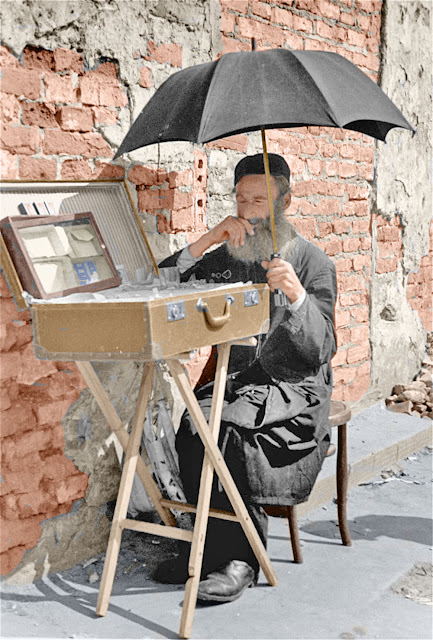 Street trading was the only occupation for many and this man has set up a makeshift stall. 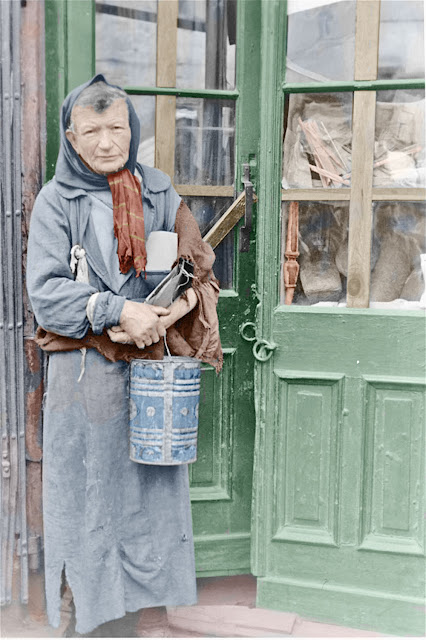 Poverty is evident from the way in which this man is dressed. His rundown shop has little stock for sale. 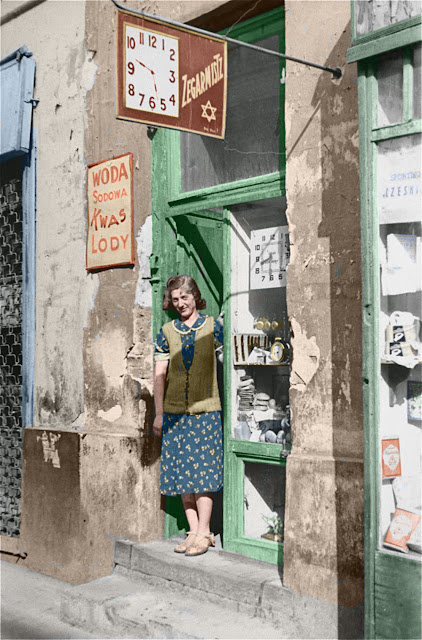 Still trading as a clock and watchmaker, this shop also sells a range of provisions. 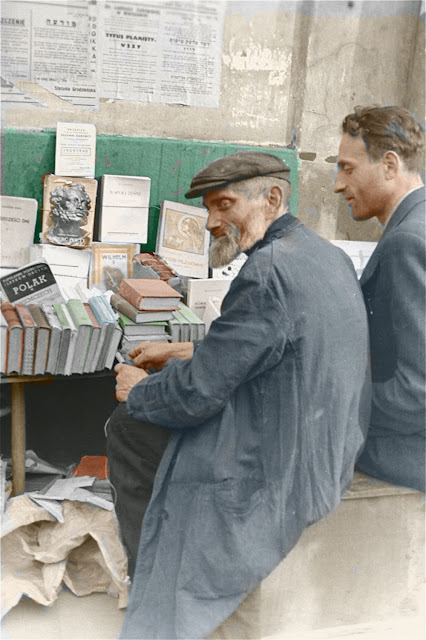 A few secondhand books might bring in some much needed income. 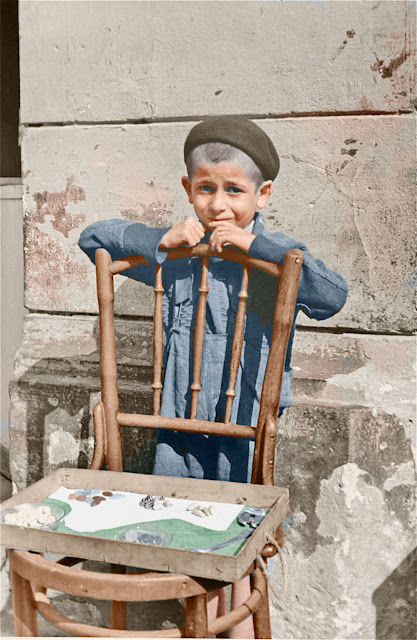 A game of chance. An old chair, a wooden box and some coloured pebbles. This young boy looks for an opportunity to earn a little money. 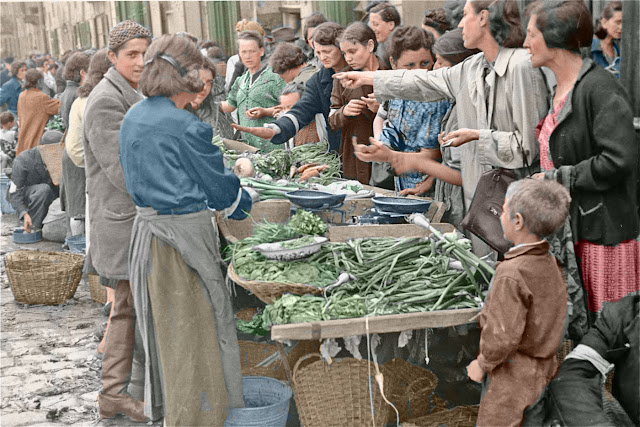 Women shoppers clamour for the few vegetables available in the street market. 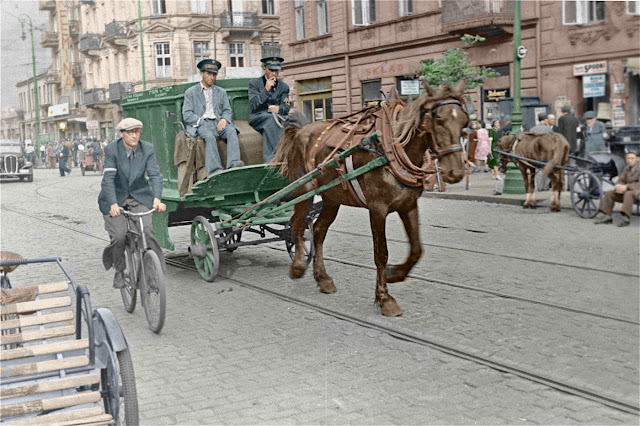 Life appears to continue as normal in a once prosperous shopping street. Note that the carters, although Jewish, wear an official uniform.