From the cells to the dock

In the days before personal radios, the only means of communication for a policeman  was his whistle or a rattle with which he might summon the help of fellow officers.

Before going on duty  each morning, police officers would attend a military style parade and inspection, conducted by  a sergeant.  They would show that they were properly turned out and had all of the necessary equipment such as a truncheon, handcuffs, whistle etc. They would then be allocated a beat for that day  and would not be allowed to return to the station unless they had  made an arrest.  The policeman  would be at  certain points at set times in order  that a sergeant or inspector might meet  him to see if he had anything to report. He would remain on the streets for his full 12 hour turn of duty. 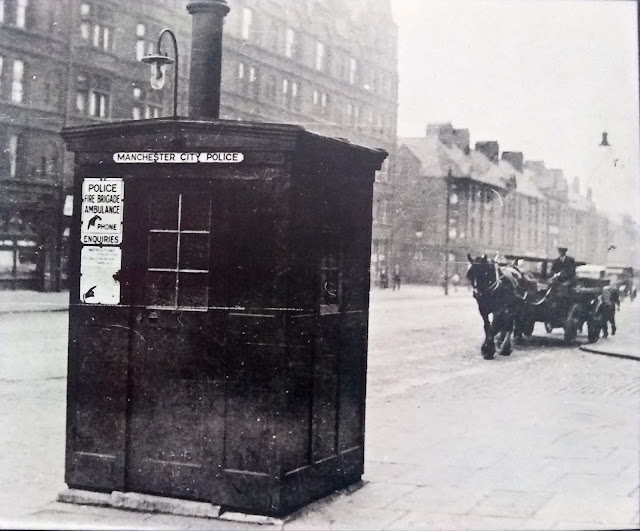 The introduction of police boxes allowed the officer to telephone and report to the station  as could the public. 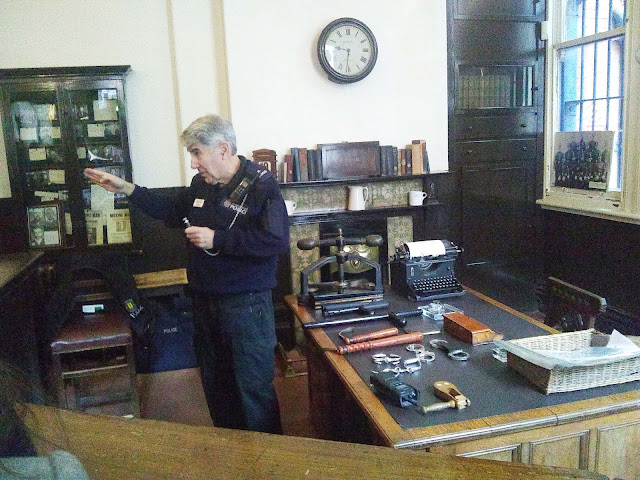 The charge room  at Newton Street, now the Manchester Police Museum, still has some of its 19th century furnishings and examples of handcuffs, truncheons, lamps etc. 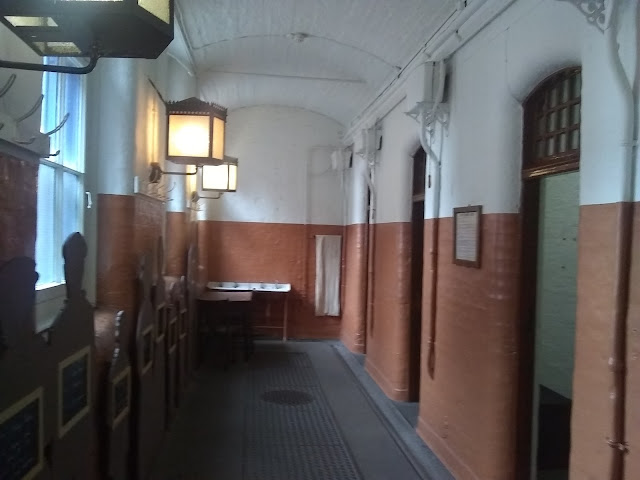 Next door are the police cells, just five at this station. Slatted bunks and wooden pillows didn't make for a comfortable night’s sleep. 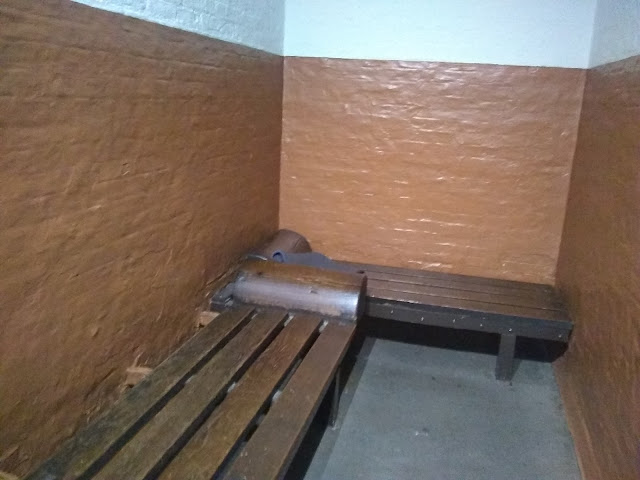 No larger than a prisoner’s accommodation was the space allocated for the  "Reserve Man's Office".  This was a constable whose duties included fingerprinting and feeding the prisoners and keeping the station clean and tidy. They had a reputation for being eccentric;  one  Reserve Man at Newton Street would often be seen in the cell corridor, standing on his head, practicing yoga while a colleague at another station would regularly entertain his charges with his violin playing. 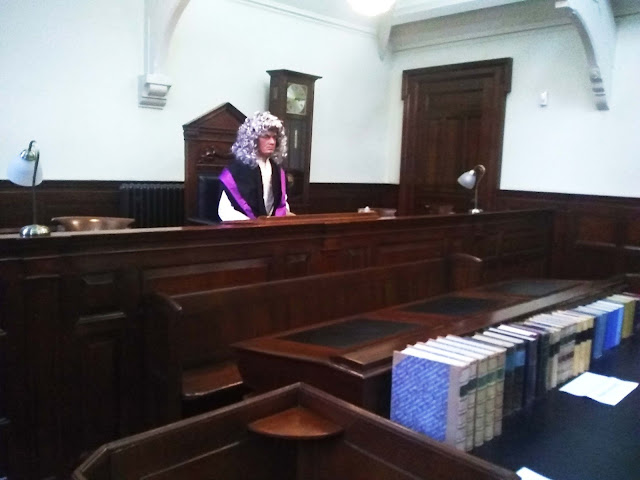 Upstairs is a Police Court.  The furnishings and fittings were rescued from Denton Police Station when it closed and re-erected here. Occasionally the court comes to life when it is used to train police recruits in court procedures.  A museum volunteer or a serving magistrate will sit on the bench whilst the initiate learns how to conduct himself in court  and how to give evidence.
at November 19, 2019