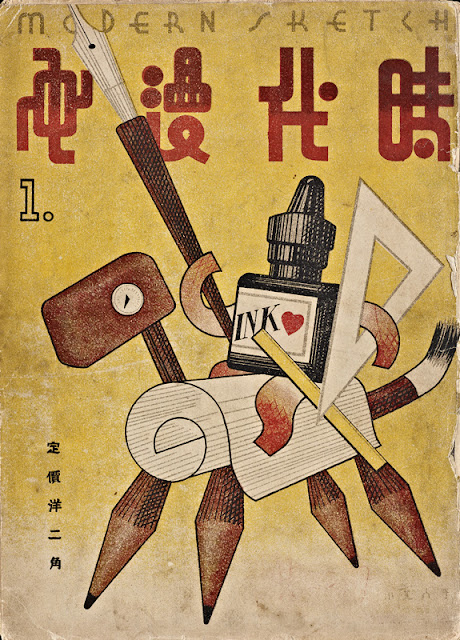 Cover of the first issue January 1934 by Zhang Guangyu 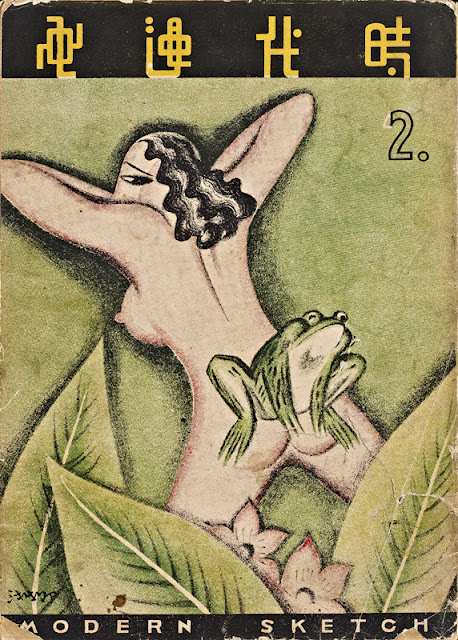 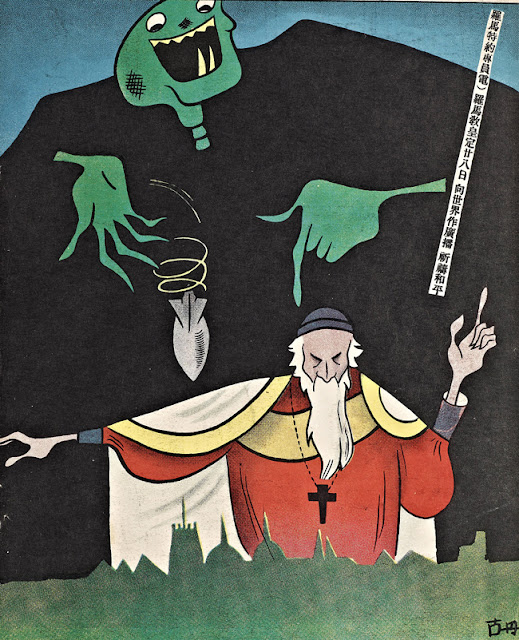 Compassion for the World” The Pope: "The Lord Shall Provide" 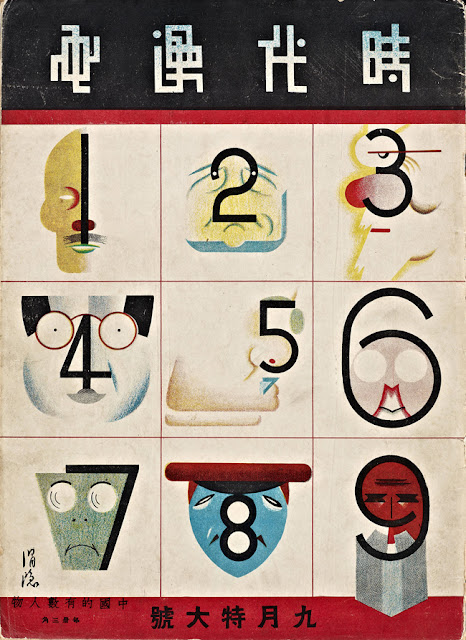 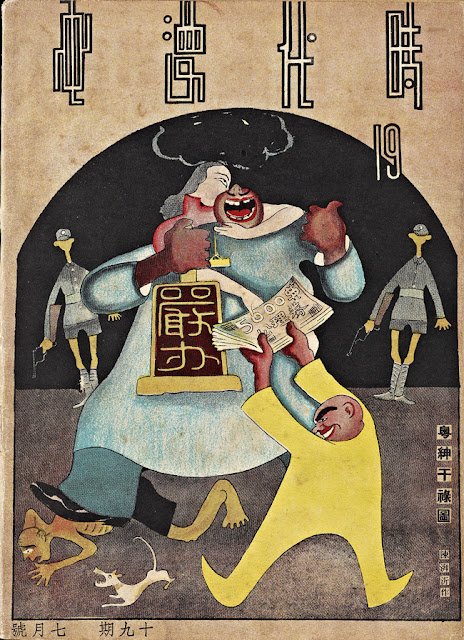 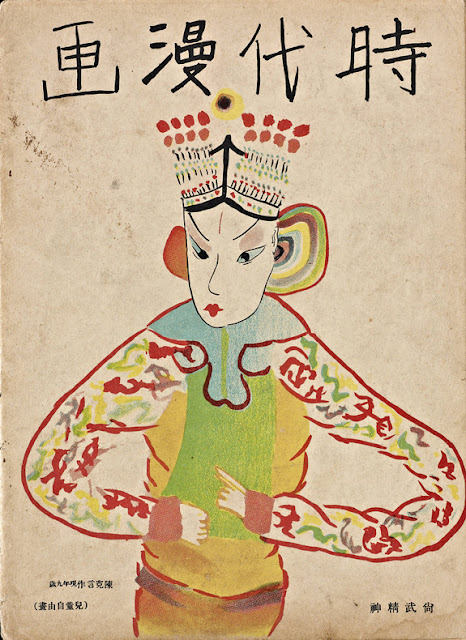 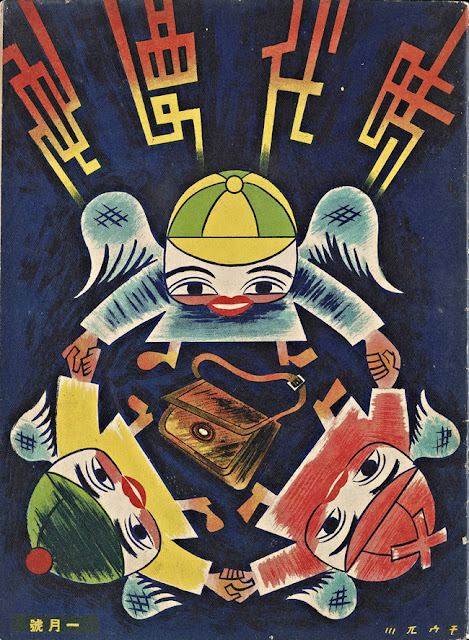 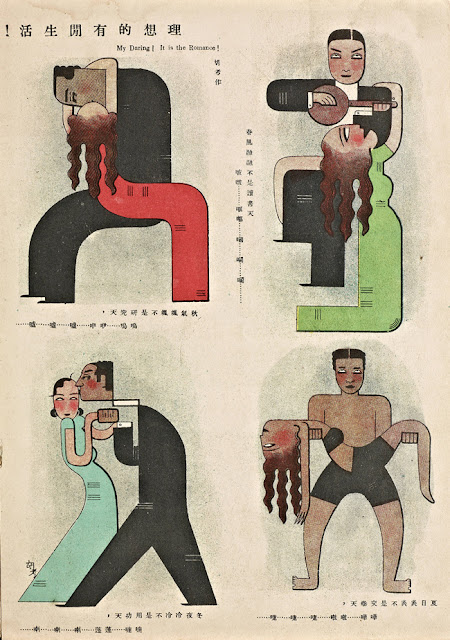 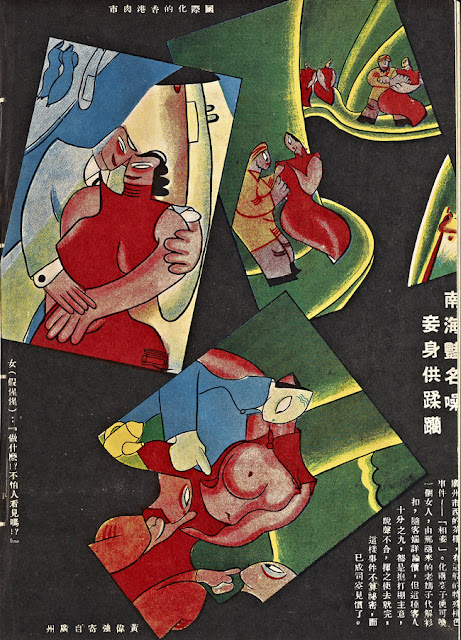 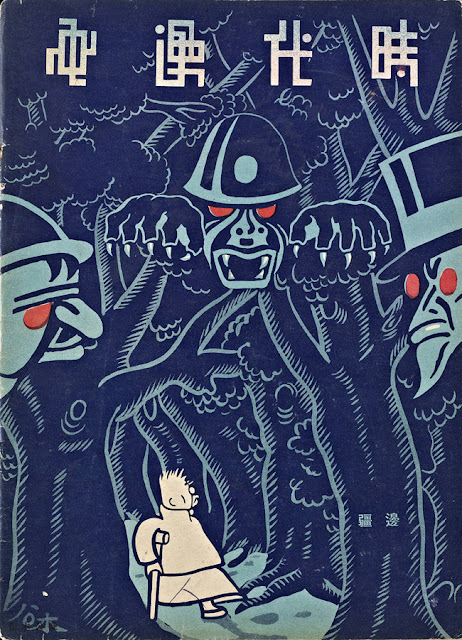 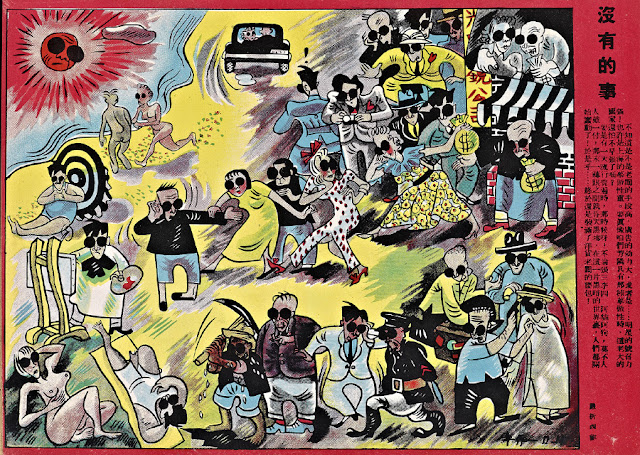 Yan Zhexi, “Nothing of the Sort!” 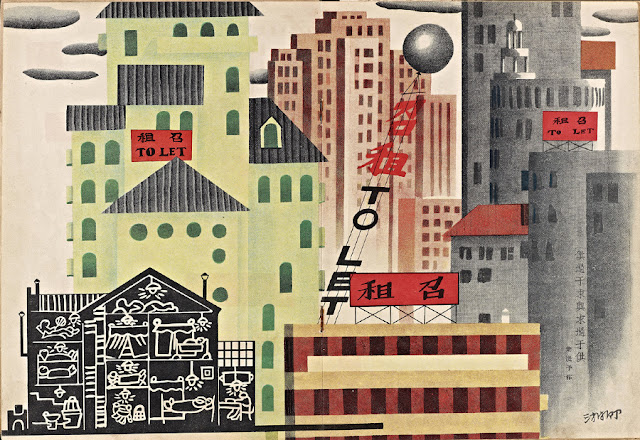 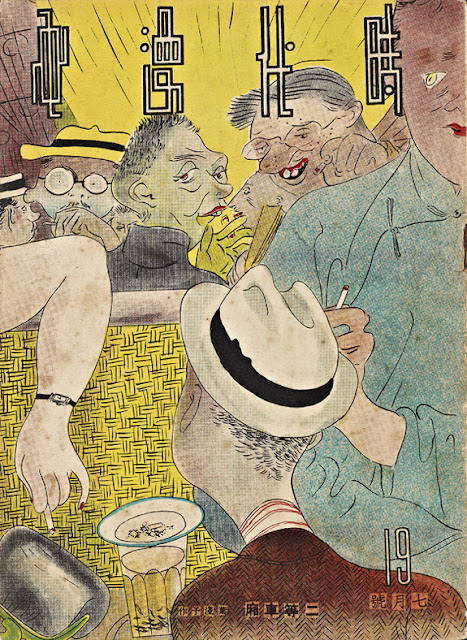 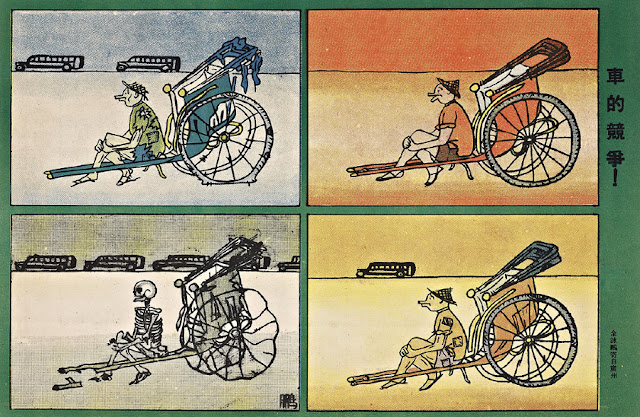 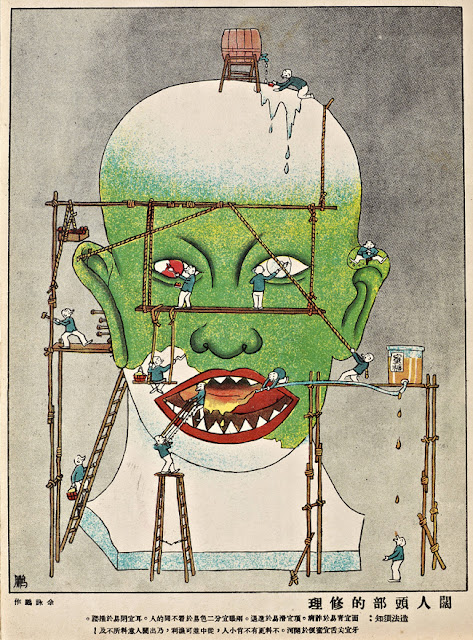 Instructions: The face is painted green to facilitate malingering. The scalp is lubricated to slip out of tight situations. The eyes are different colors for sizing up different sorts of characters. The ears are nailed shut to help shirk responsibility. The teeth are sharp and the tongue coated with honey as an aid to persuasion. But little does the rich man know how the small-timers leech off of him!
at December 09, 2019