The Sundial House of Porto 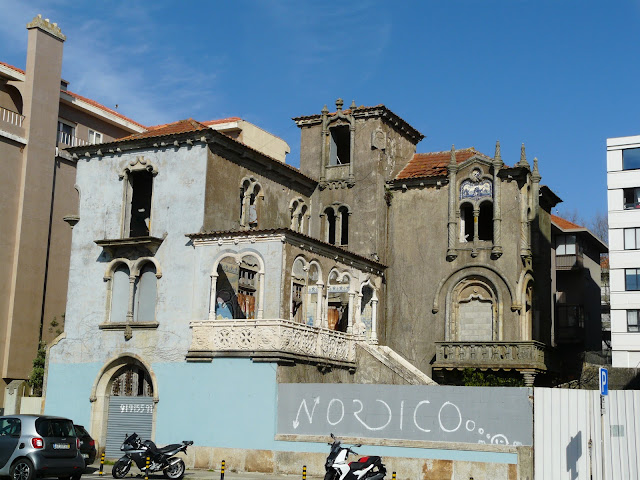 A sundial still records the time of day at the abandoned Casa do Relógio in the suburb of Foz do Douro in Porto. The house, which faces the Atlantic, is otherwise known as Casa Manuelina and was built in 1911 for Artillery Captain, Artur Jorge Guimarães to the design of architect José Teixeira Lopes.


The owner was a wealthy and known republican although politically moderate. This was his summer residence but on his death, ownership passed to his wife Beatriz, who continued to live outside of Porto and eventually to a daughter and three grandchildren.

In 1974, a shoemaker illegally occupied the Sundial House and proceeded over several years to strip it of most of its furnishings and fittings. Squatting by drug addicts, homeless people and vandals further degraded the structure. Despite legal actions it took the family more than fifteen years to regain posession by which time the building was derelict.


The sundial may still be seen on a corner of the tower and several of the windows feature tiled decoration. The style of architecture is described as romantic and revivalist, featuring details from the Manueline, or Portuguese Late Gothic period.


Although advertised for sale, the house is unlikely to be restored for high land values mean that the property is likely to become a target for developers.


The Ruinarte website features many photographs of the house, both inside and out. http://ruinarte.blogspot.com/2013/01/a-casa-do-relogio-foz-do-douro-porto.html


The photograph below shows Avenida Do Brasil in 1935 with the Sundial House on the left. Apartment blocks have now taken the place of the neighbouring villas. 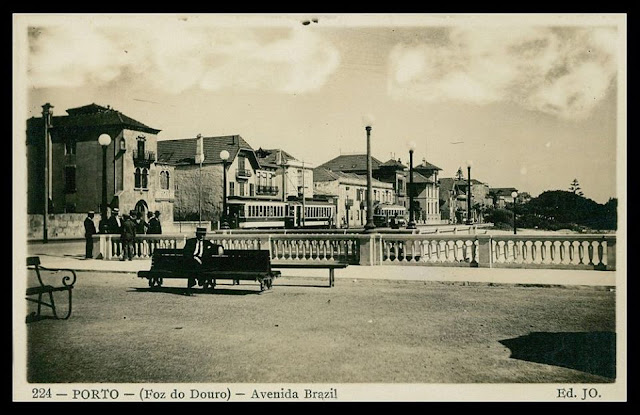