In 1962, the villagers of Capel Celyn left their houses for the last time.

Despite much opposition, this tiny village near Bala was demolished and abandoned to make way for the waters of the Tryweryn Reservoir. Capel Celyn was home to 67 people, Welsh speaking with its chapel and school and a village shop and post office. 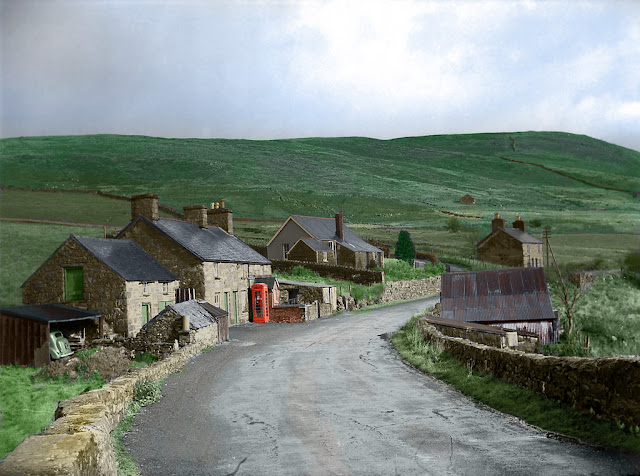 A photograph of Capel Celyn showing the Post Office and village school.

In the 1950s, Liverpool was in need of additional water supplies and looked to the Tryweryn Valley as a site for a new reservoir. Having no jurisdiction in the County of Merionethshire, their plans faced much local opposition. In 1957, Liverpool City Council sought an Act of Parliament permitting creation of the reservoir and over-riding any local objections. Despite most of the Welsh MPs voting against the bill it was approved by the House of Commons. The long campaign that followed saw villagers marching through the streets of Liverpool and attending council meetings. The protestors suffered abuse in the street and were pelted with rotten tomatoes and spat upon. Welsh nationalists gave their support with a programme of civil disobedience. Equipment at the site was damaged and even a bomb was planted causing serious damage. The efforts were to no avail and in 1962, construction began, culminating with the flooding of the valley in 1965. Following eviction of the residents, the buildings were all demolished and the road diverted to skirt around the northern side of the reservoir.

The Calvinistic Methodist chapel was built in 1821. It was reconstructed in 1893 to the design of local architect, Robert Lloyd Jones in a simple gothic style. Upon closure and demolition, a number of the adjacent graves were re-located. The remainder were capped with concrete.The final service on 28th September 1963attracted a large congregation with many supporters visiting Capel Celyn for the last time. The final wedding had taken place two weeks before.

When Capel Celyn School closed in June 1963, there were just ten pupils remaining. All but two, were named Jones. It was said that the pupils could trace their ancestry through the past registers. The teacher was Mrs Martha Roberts. The primary school had opened in 1881 and consisted of just one schoolroom. 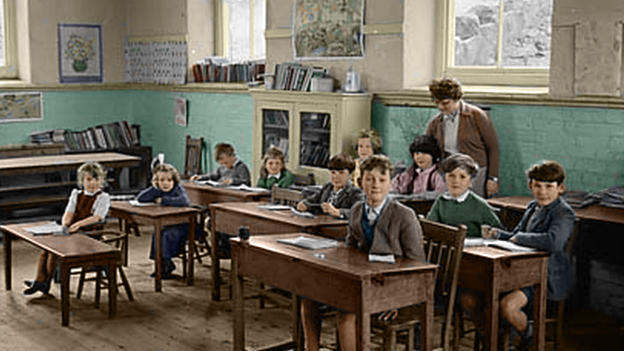 Teacher, Martha Roberts supervises her class in 1962, shortly before closure of the school.

One of the lost farmhouses was Hafod Fadog. This, in the seventeenth and eighteenth centuries had been a Quaker meeting place. and nearby was a small burial ground. On the hillside above was an area encirled with a stone wall where larger, open air meetings took place. Many early Quakers came to the valley before emigrating to Pennsylvania, driven from their homes by persecution.

Although the railway between Bala Junction and Blaenau Ffestiniog had opened in 1882, Capel Celyn did not have a station until December 1930. Just four trains a day called at Capel Celyn Halt in each direction. The station was never very busy; in 1935 it was used by an average of 40 passengers each week. Facilities consisted of a small corrugated iron waiting shelter and a single oil lamp. The station was reached by a footpath which led from the village chapel, a kilometre away. The last train called in January 1960 after which goods trains continued to pass for another year. Part of the line was submerged beneath the lake. Widespread opposition to the reservoir led to increasing support for Welsh nationalism and for Plaid Cymru and for devolution. A direct result was the creation of the Welsh Office and a Secretary of State for Wales.

Capel Celyn has not been forgotten. A small memorial chapel has been built at the end of the reservoir and there are various other memorials around North Wales. A fragment of wall sprayed with graffiti : Cofiwch Dryweryn - Remember Tryweryn stands near Aberystwyth. It is regarded as a national landmark and has been preserved and maintained. The village has often featured in films, music and documentaries. A final delivery of bread to one of the villagers 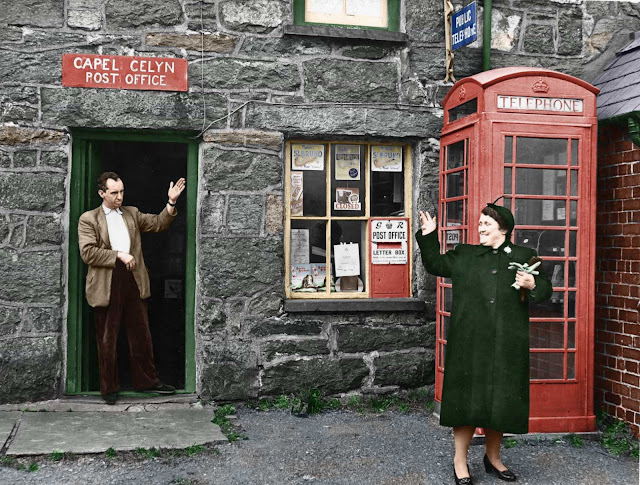 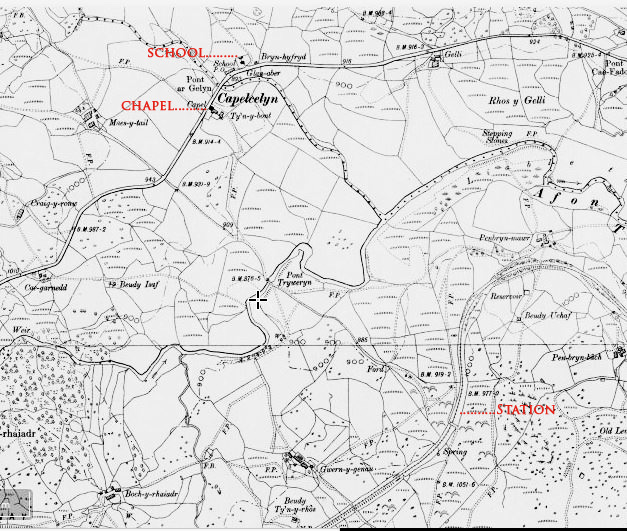