A diet of roasted chicken

“I am Sir George Sitwell, baronet. I am four years old and the youngest Baronet in England.”. These were the words spoken to a stranger on a train.

Born in 1860, he inherited the title and the estates at Renishaw Hall in Derbyshire at the age of two on the death of his father,  Sir Sitwell Reresby Sitwell, the 3rd Baronet.

Due to family debts, Renishaw was abandoned and George was raised in Scarborough by his mother, Lady Louisa.  Educated at Eton and Christ Church, Oxford, he was later commissioned as a lieutenant in the West Yorkshire Yeoman Cavalry.  He stood for Parliament seven times and held the seat for Scarborough from 1885 to 1886 and between 1892 and 1895.

Renishaw Hall had been the family seat for 300 years and when coal was discovered on the estate, Lady Louisa was able to restore the family fortunes. 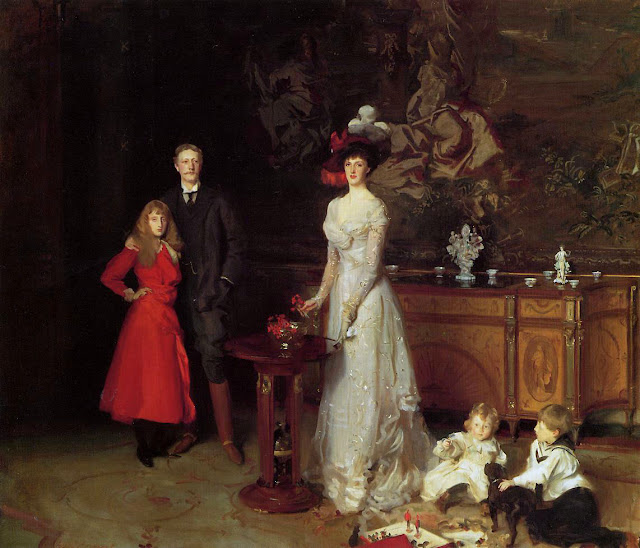 
George married at the age of 26. His bride was Lady Ida Denison the 17 year old daughter of Lord Londesborough.  Although a great beauty, she was extravagant and ill tempered and within a few days of their marriage, she ran home from her detested husband. Sent back to George Sitwell, she bore him a child after a further nine months but Edith Louisa was a disappointment to him for he had hoped for a male heir. For many years the child was made to wear a iron frame to straighten her back and a brace to straighten her nose. They were to have two further children, Osbert in 1892 and Sacheverell in 1897.

Having established a substantial income, Sir George was able to return to Renishaw Hall which he proceeded to restore. Travels in Europe had given him an interest in  Italy and the design of both the gardens and interior of the house reflected this. He collected a large quantity of unfashionable Italian art; a wise investment for it came to be of great value in later years. 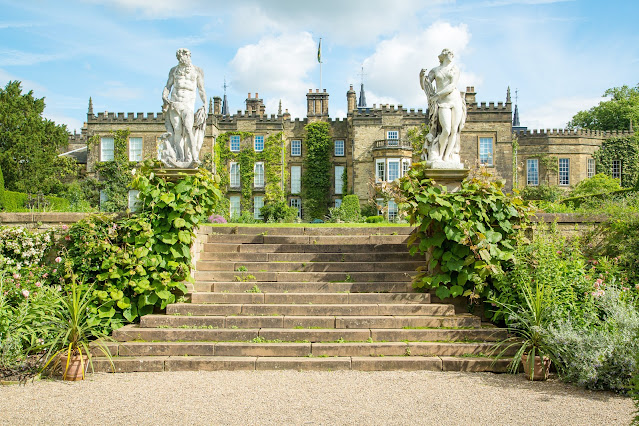 Sitwell had a number of eccentric traits. Visitors to the Hall were greeted by a sign which read “I must ask anyone entering the house never to contradict me in any way, as it interferes with the functioning of the gastric juices and prevents my sleeping at night.”.  He is remembered for his bizarre inventions such as a musical toothbrush which played “Annie Laurie”,  and a miniature pistol intended for shooting wasps!   He was author of a number of books including a biography of an ancestor, William Sacheverell and books on gardening. Less conventional works were “Acorns as an article of the medieval diet”, “The history of the fork”, “Pig keeping in the 13th century” and “Leper’s squints”.  The vast collection of books and documents filled seven libraries at Renishaw.

Despite its restoration, Sir George refused to allow electricity at Renishaw; candles provided the only lighting. Out of touch with modern life, he was disappointed when a friend failed to send an item of jewellery, he had after all, promised to “give you a ring on Thursday. He would often attempt to pay his children’s school fees in pigs and potatoes. A large medicine cabinet accompanied him on his travels. Its contents were deliberately mislabelled to prevent anybody else form using them. He lived exclusively of a diet of roasted chicken.

Marriage continued to be a trial. Violent fights between Ida and her husband and children were common and she developed a taste for  champagne and whiskey.  Profligate in her spending, her debts mounted up and in 1915, Sir George refused to settle them. She was prosecuted and imprisoned at Holloway for three months.

When Sir George, impoverished by his wife's excesses, suffered a “nervous breakdown”, his doctor recommended a change. He took a trip to Italy accompanied by a manservant. In 1909, his car broke down in Tuscany and nearby was a ruined castle, abandoned apart from 300 peasants who were squatting on the premises.  Castello di Montegufoni was for sale and was quickly purchased. Sitwell took up residence and over the next 30 years completed its restoration. Decoration included massive murals by the artist Gino Severini. Letters to both  the Archbishop of Canterbury and Chancellor of the Exchequer explained that taxation had forced his exile. He remained in Tuscany until the outbreak of war when he moved to Locarno in Switzerland. He died in July 1943, at the age of 83. His wife had died, long forgotten in 1937. 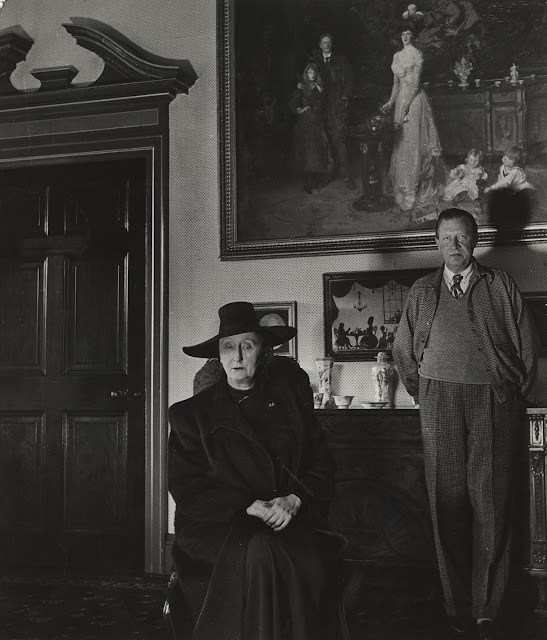 Edith and Osbert Sitwell stand beneath the Sargent painting at Renishaw.Photograph  by Bill Brandt


Osbert now inherited the baronetcy and the three siblings continued to live at Renishaw as well as maintaining Montegufoni.  All three devoted their lives to literature and poetry. 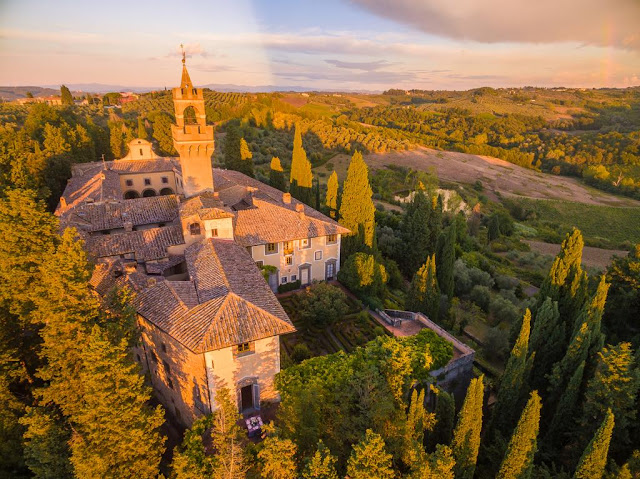 Montegufoni, A castle in Tuscany

Renishaw Hall, near Chesterfield is still owned by the Sitwell family. The house and gardens are usually open to the public.