Henry Cyril Paget, known to his friends as "Toppy" was extravagant to an unbelievable degree. Despite inheriting vast wealth at the age of 23, he was bankrupt six years later. 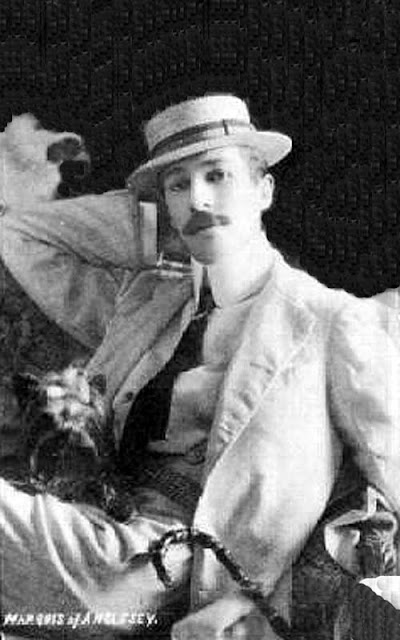 He was born in 1875, the son of Henry Paget, the 4th Marquess of Anglesey and his second wife Blanche Mary Boyd Paget. His Great Grandfather, Field Marshall Henry William Paget was a hero of Waterloo. Under fire from the French, he was hit by a cannon ball. He announced to Wellington "By God sir, I've lost my leg" to which his commander replied "By God sir, so you have"

Henry’s true paternity was sometimes doubted, for on the death of his mother when he was two, he was fostered by the family of a French actor, his supposed father. At the age of eight, he was taken to the family home, Plas Newydd in Anglesey, one of the most splendidly sited of all stately homes.

Education at Eton, was followed by a commission with the Royal Welch Fusiliers.

He naturally spoke fluent French but was also accomplished in Russian and Welsh. Henry’s 21st birthday celebrations lasted for a full week but he missed them due to ill health. Even a cold could see him take to his bed for weeks.

Marrying his cousin, Lilian, in January 1898, he returned to Paris for an expensive honeymoon.  Passing a jewellery shop,  he purchased the entire window display in order that he might cover his wife’s entire body with gems. Although he would sit and admire her bejewelled body, their marriage was never consummated . After a few months she left him and the marriage was annulled two years later. 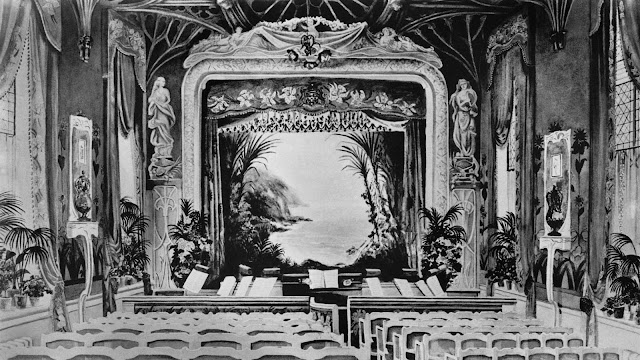 The Gaiety Theatre at Plas Newydd


Plas Newydd  had its own chapel and this was converted by Paget into a luxurious 150 seat theatre which he called “The Gaiety”.  The theatre hosted theatrical performances attended by estate staff, friends and local people and the 5th Marquess took the leading role. For a production of "Aladdin, a touring company which had been playing in Llandudno, was recruited. A pathway of flaming torches guided the audience to the theatre.  Paget and his company toured Britain and Europe and he proved to be a capable actor. A favourite performance was his “Butterfly Dance” a sinuous snake like dance wearing a robe which emulated wings. He became known as "The Dancing Marquess".

The costume for Aladdin had cost £10000 (£1.3 million at current prices) and was worth more than the house. When it was stolen, he simply had another made. 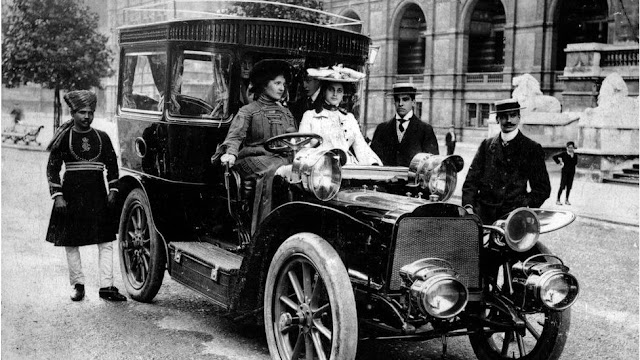 
Paget’s extravagance wasn’t limited to the theatre. He owned six cars, one of which was modelled internally on a luxurious pullman railway carriage with revolving armchairs and solid silver fittings. The exhaust was modified to emit rose scented perfume.  In order that a table tennis jacket might be coloured green, it was covered in emeralds. A sable overcoat cost 1000 guineas.  Underwear cost £3000 per annum. Poodles were paraded around London ; the owner bejewelled, the dogs adorned with ribbons. Profligacy and generosity made Henry popular both in London and at home in North Wales. His behaviour was frowned on by the aristocracy however.

The spending spree could not last and by 1904, the Marquess was deeply in debt. Trustees were put in charge of the estates and conducted 40days of auction sales. The sale of the various dogs took one full day as did 900 lots of  fur coats an suits. In all, 17,000 lots were auctioned including hundreds of pairs of shoes, hundreds of silk dressing gowns, jewel encrusted walking sticks, gold cigarette cases, boats and cars.

Henry Paget was awarded £3000 per annum, a  generous £400,000 at current prices. He returned to France with a manservant. He headed to Monte Carlo intending to "break the bank" with a new gambling system of his own invention. Staying at the  Hotel Royale,   he contracted Tuberculosis and on 14th March 1905 he died from pneumonia. His former wife Lilian was at his side. He was just 29. 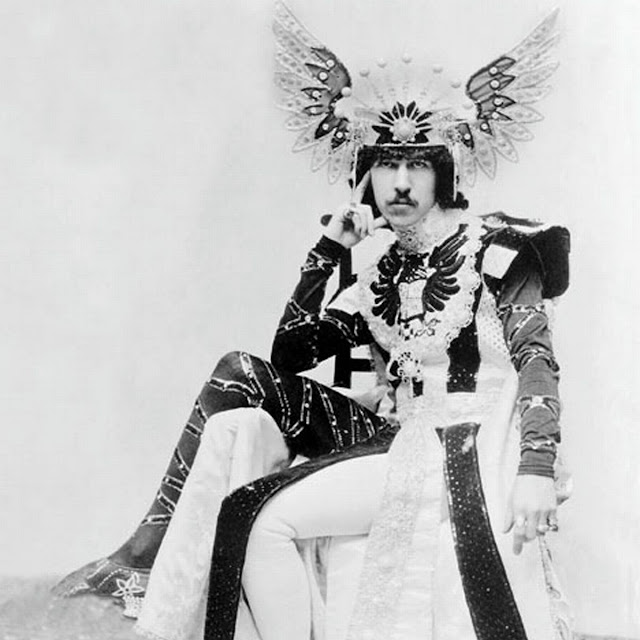 
“Toppy” was always assumed because of his flamboyant lifestyle, to have been homosexual. There was however, never any indication of relationships with either sex, not even his wife.

Paget was buried at St. Edwen’s Church on his Anglesey estate. The title passed to his cousin, Charles Henry Alexander Paget who moved into Plas Newydd. The theatre was converted once again to a chapel and all of Henry’s papers were destroyed.

Plas Newydd dates from 1470 and has been managed by the NationalTrust since being handed over by the 7th Marquess in 1976.  The artificial leg of the 1st Marquess is an exhibit as are many photographs of “Toppy” in theatrical costume.