These illustrations are from newspaper and magazine advertising from  the past. Originally published in monochrome, these have all been digitally colourised using Photoshop. 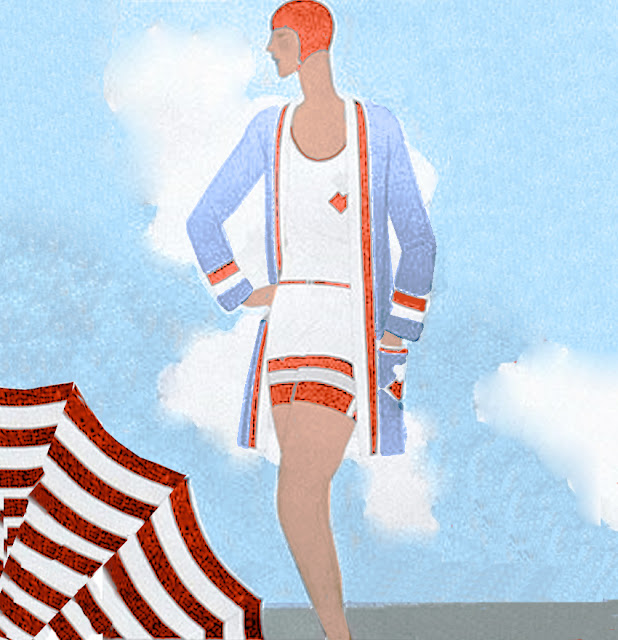 Illustration from a 1930 advertisement for the Hermes fashion house. 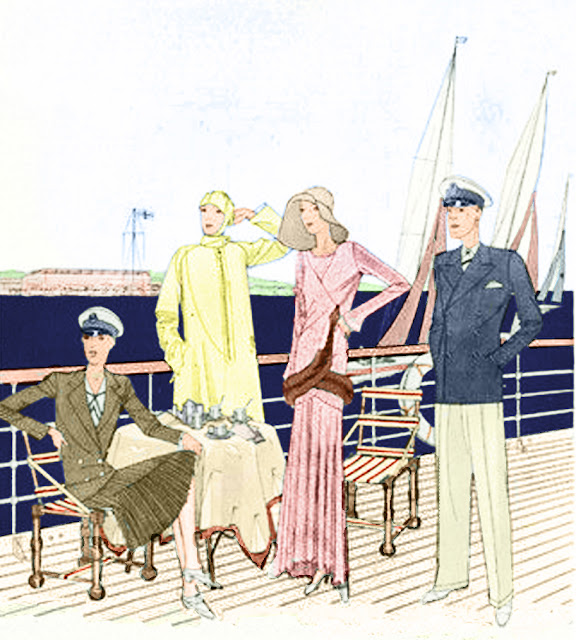 1930s French elegance is the theme of this illustration featuring the regattas at Deauville. 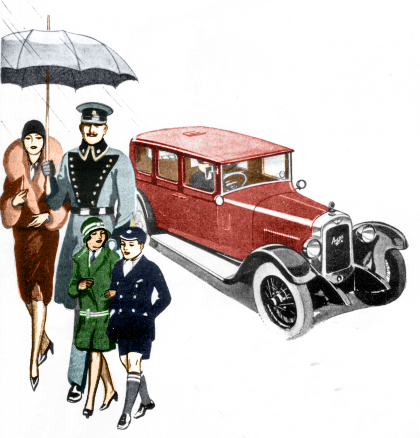 A 1929 illustration of the Austin Ranelagh 20 Limousene. 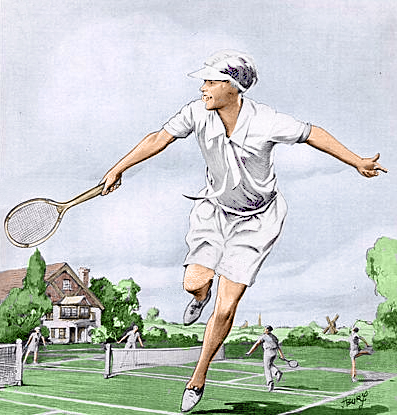 Energy and Vitality.  This 1927 illustration was used to advertise Ovaltine which was promoted as a healthy beverage. 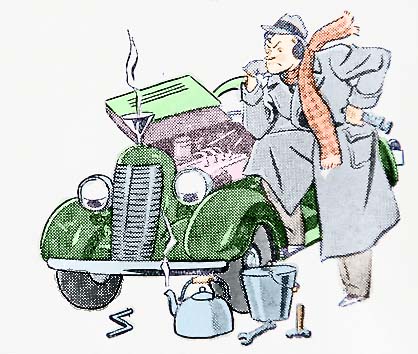 This cartoon of a frustrated motorist illustrated a garage advertisement. If he'd had his car serviced, this wouldn't have happened. 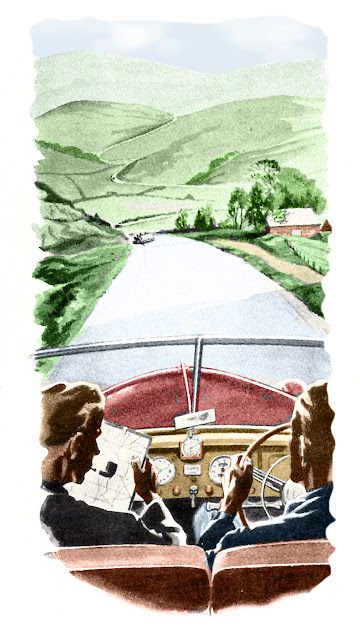 This illustration is from a pre-war motoring advertisement for Castrol Oils. 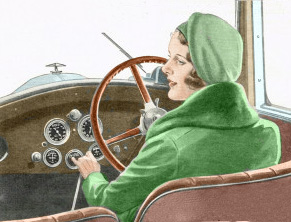 "Uncle Bill", said Daphne dumurely, "do you remember last year, when you were teaching me to drive, how I always made an awful mess of gear changing?"
This was a 1930 illustration to advertise  the Vauxhall Cadet. 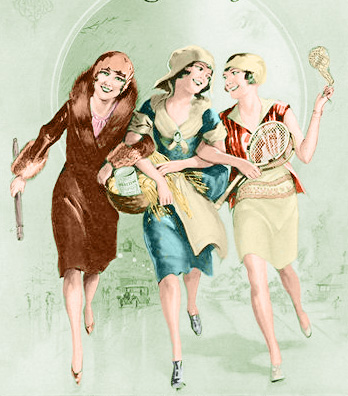 A healthy lifestyle is the emphasis of this Ovaltine advertisement of 1929. 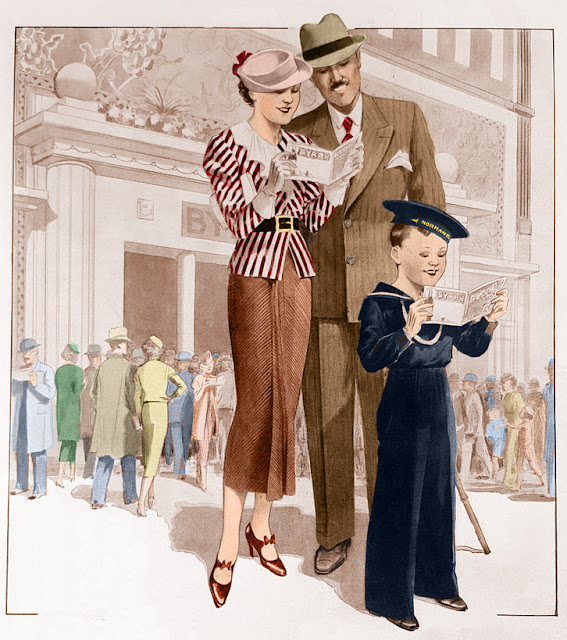 This family have been visiting the Byrrh stand at the Foire de Paris of 1935. The Paris Fair is an annual trade show held at Versailles. Even the young boy seems to have enjoyed this once popular aperitif. 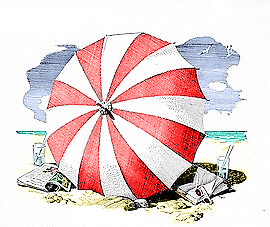 "Two's Company"  Illustration from a Players No 3 cigarette advertisement of 1954. 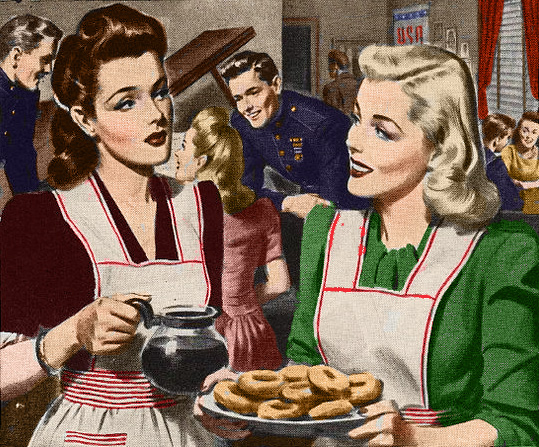 Just how do you land a Marine ?
The answer, from this 1940 American advertisement, was to use Mum Deodorant. 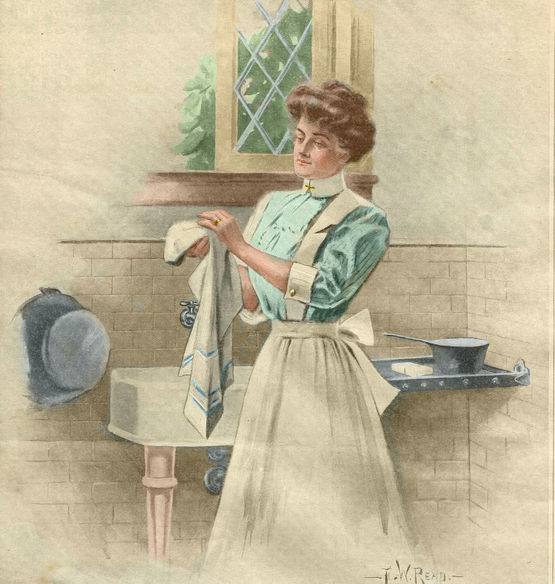 This advertisement was from the early 1900s and was captioned "Ivory Soap is not too good to be used for washing dishes".  The product was introduced in 1879 by Proctor and Gamble. 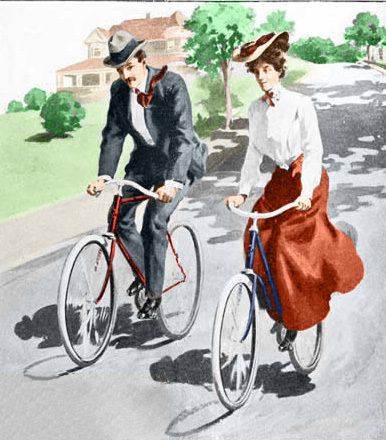 The American, Pope Manufacturing Company used this illustration in the early 20th century to advertise their Bicycle Innovations. They offered "Pope Quality in Every Wheel" 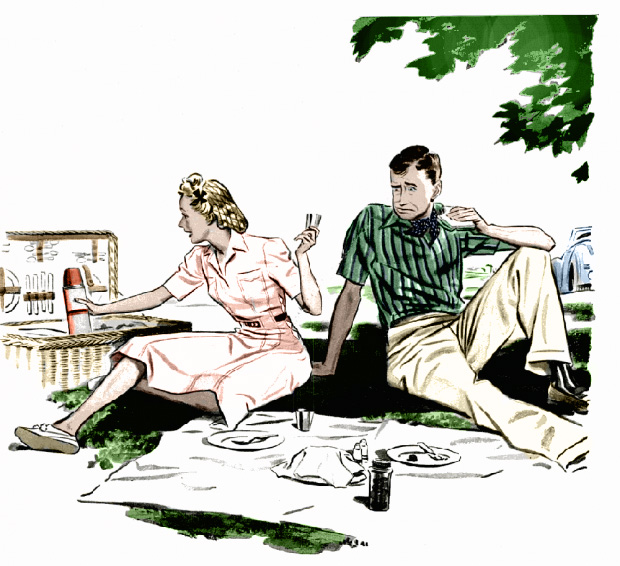 "Such little things can irk a man"  Although she is pretty and smart, dances divinely, and can even cook,she is spoiling her chances because her dress does not fasten properly. The solution of course is the Irtle Talon Fastener. 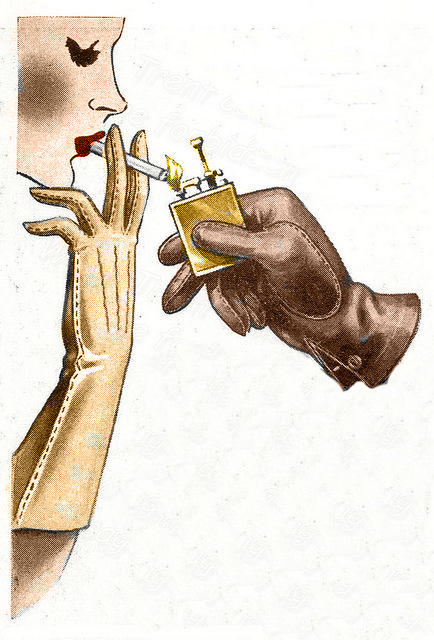 "It's a Fownes, that's all you need to know about a glove"
The Fownes Brothers, glove manufacturing company was established in Worcester in 1777.  They established an American manufacturing base in the appropriately named Gloversville, New York in 1903 before transferring production to Asia in the 1950s. UK production of these hand made gloves is now based in Wiltshire, the business having been acquired by their competitor company, Dents. 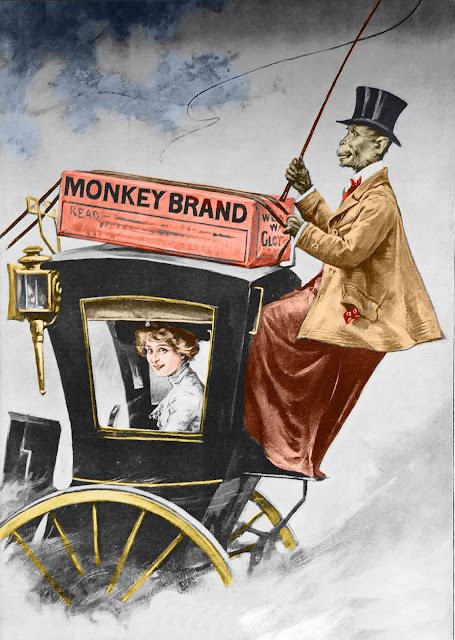 "Handsome is that handsome does, Monkey Brand does wonders"
Brooke's Monkey Brand was a scouring soap introduced in the 1880s and purchased by Lever Brothers in 1899.  The monkey featured in numerous cartoons that advertised the product. 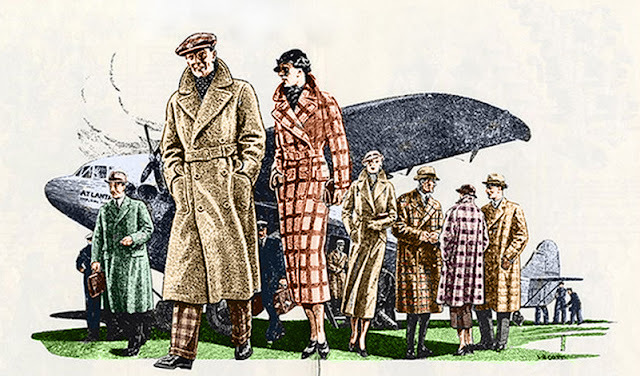 "When you travel by air"  a 1938 advertisement for Burberry overcoats. Many of these styles are still in production. 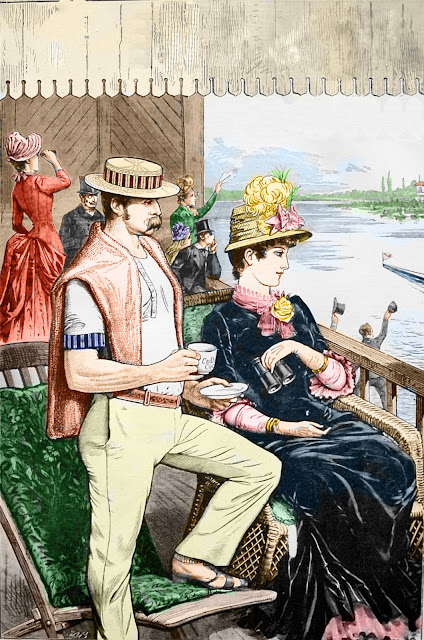 This illustration is from an 1885  advertisement for Cadbury's Cocoa. The caption reads "Strength And Staying Power" To Athletes.

My friend John Paul Cline is an artist and writer from Guadalajara, Mexico. Talk to him on Twitter @JohnPaulCline. John Paul's 1st book has just been published on Amazon and in itself is a work of art set in the South of Ireland, portraying the adventures of a young artist from York who finds himself a guest at a haunted castle. 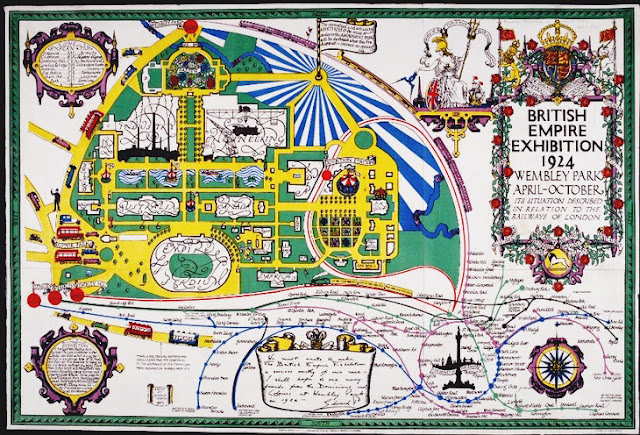 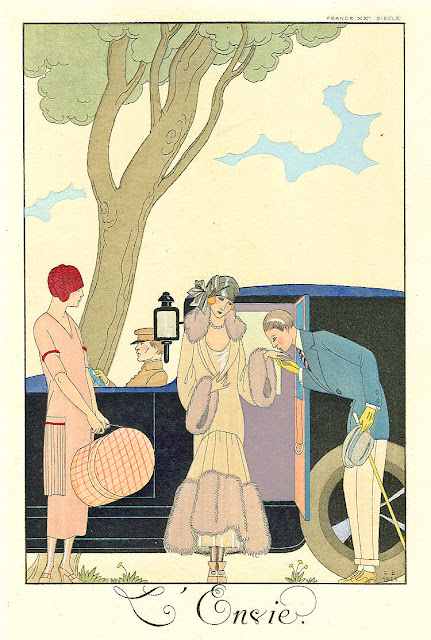 Barbier was born and grew up in Nantes in a prosperous and bourgeois family. His life in Paris was in marked contrast. Many of his friends and associates were from the Parisien homosexual society and …